This page contains a series of promoter/journalist resources, which may be used in promotional materials and are usually kept up-to-date.

If you need something which isn't on this page, want to obtain review copies of any releases, request press tickets for shows, set up an interview or have any other questions, please don't hesitate to ask.

If you are looking for booking information, click here.

I would kindly ask that promoters bill as The Bleeding Obvious and not 'Jessica Rowbottom' or 'Jess', thanks!

When referring to Jessica in an article, personal pronouns are she/her.

The Bleeding Obvious is a one-woman queer musical cabaret singing original songs which are sometimes funny, occasionally poignant and frequently involve her experiences on the LGBTQ+ spectrum.

What happens when you tumble out of the big pink closet and fall across the LGBTQ+ spectrum in a sprawling heap? Well, life is never quite as straight as it seems! Yorkshire lass Jessica Rowbottom (aka The Bleeding Obvious) endeavours to describe the experience with original songs and tales which are sometimes funny, occasionally poignant, frequently emotional, usually queer - and probably the only show with the lyrics "demisexual panromantic polyamorous androgyne".

The Bleeding Obvious has one single member: Yorkshire lass Jessica Rowbottom, whose multi-genre songs are sometimes funny, occasionally poignant, and frequently emotional. Usually seen with a piano, her work frequently explores the LGBTQ+ coming-out process through music, spoken word and comedy - and it's probably the only show with the lyrics "demisexual panromantic polyamorous androgyne".

"A rabbit-hole of genres" is just one of the phrases used to describe the music of The Bleeding Obvious: the monicker of British musician, composer and producer Jessica Rowbottom. A former chorister at Wakefield Cathedral, Jessica principally plays piano and keyboard but her skills also encompass accordion, guitar and drums as well as a variety of home-built and circuit-bent electronic devices.

Her internationally acclaimed self-titled debut album The Bleeding Obvious was released in November 2016; opening track "Splendid!" garnered favourable radio play from the likes of BBC Radio 2 alongside commercial radio stations. The album featured over 50 singers and musicians from around the world as well as a small orchestra assembled specifically for the occasion.

Throughout 2017-2018 Jessica toured her one-woman musical cabaret Rainbow Heart exploring the coming-out process for LGBTQIA+ people through music, spoken word and comedy. Tour dates included Brighton, Nottingham, Birmingham, Leeds, York, Bristol and Manchester and the show was part of Pride In London Festival 2018. The recorded album itself includes talking-heads segments alongside more traditional songs; almost a hundred people of varying sexualities and gender identities were interviewed to form the work. It also inspired an EP of remixes from the first two albums titled Spectrum - her first release with a live band.

She comperes "Sips & Giggles", a monthly comedy night in her home town of Wakefield at RBT Video on the first Thursday of every month.

Jessica is openly lesbian and lives in Wakefield with her two cats, a snake, and a project studio.

Need more press articles? There's an archive of coverage which you can find here!

Much of her work is recorded at her own studio in Wakefield, although she collaborates with many other musicians and producers around the world.

The following images are available for media use in 300dpi high-resolution format. Click to download full size versions. 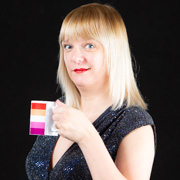 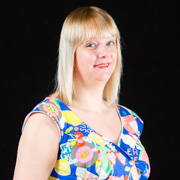 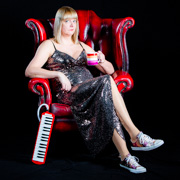 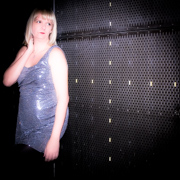 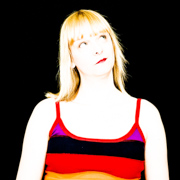 Images and logos are copyright © The Bleeding Obvious and are licenced for use within articles, press coverage, venue leaflets, flyers, online promotional graphics, social media advertising, and promotional posters. If in doubt, please check regarding usage as we may need to check with the original photographer that usage is covered by the licence.